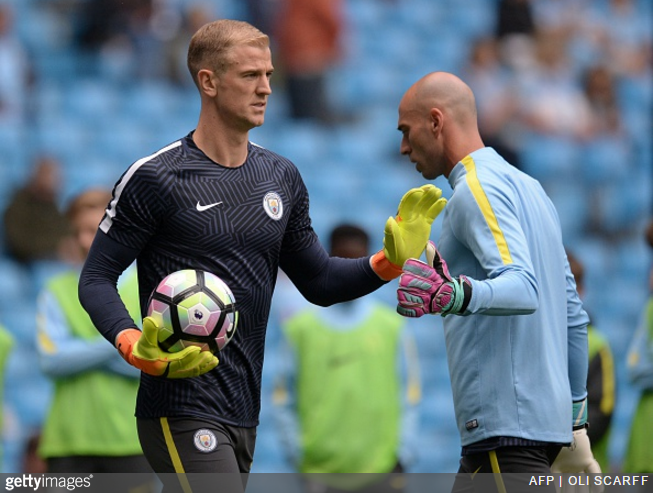 We may not have any resounding winners to crown quite yet, but with the opening weekend of the 2016/17 Premier League season very nearly done and dusted, one big, blonde loser has already emerged.

While we’re only talking about one game in isolation so far, Pep Guardiola has already made his first defining statement of intent at Manchester City: that Joe Hart, the club’s (and country’s) ever-present, ubiquitous and unquestioned No.1 goalkeeper just isn’t fit for purpose in his dynamic new regime.

To be quite honest, there was no real need to drop Hart. He’s not an automatic liability and it’s not like his replacement against Sunderland, Willy Caballero, is vastly superior in any regard. The Argentinian isn’t really the sweeper-keeper archetype that Pep desires, just slightly more so than cumbersome Hart.

Whether the decision was made purely for effect, we’ll probably never know.

Should the tabloid gossip columns be believed, Guardiola is beavering away to bring in a replacement sharpish, with either Barcelona ‘keeper, Marc-Andre Ter Stegen or Claudio Bravo, strongly reported to be his preference.

It’s obvious why Pep has reservations. The City boss likes calm, nimble, intelligent goalkeepers who remain calm and assured with the ball at their feet. Hart, meanwhile, is a bit of a clodhopper when asked to perform anything other than his primary function: good old fashioned English shot-stopping.

His questionable, oft-flustered kicking, too, has barely improved since his debut.

Ever-present betwixt the City sticks for six years and very much taken for granted as such, Hart is now facing the first proper, prolonged slog of his career.

Hart certainly has the passion to force his way back into the reckoning; we see this every time he shouts in the tunnel before kick-off; but whether he has the actual innate ability to change Guardiola’s mind is quite another matter.

What’s the verdict, Pies fans? Is Pep doing the right thing here, or does Hart have the minerals to tussle his way back into the reckoning?