Joe Hart would have been hoping for an error-free debut performance for Torino on Sunday, particularly after his Man City usurper Claudio Bravo’s error gifted Man Utd a goal on Saturday.

However, in the second-half of the Serie A top-flight clash with Atalanta, the England ‘keeper himself flapped at a cross, duly conceding a sloppy goal. 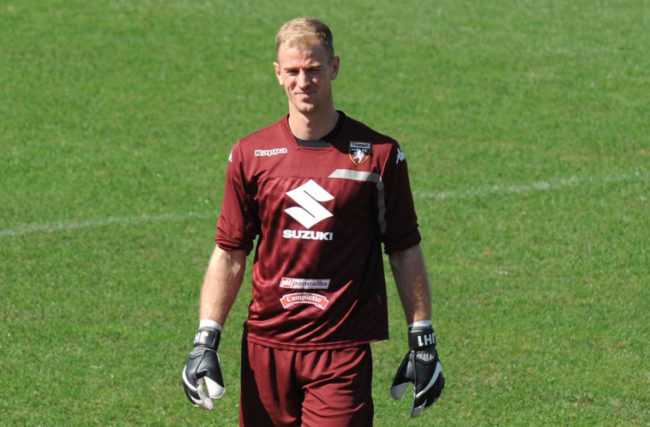 Torino were 1-0 when, on 56 minutes, Hart failed to deal with an inswinging corner, feebly punching the ball in the direction of Andrea Masiello, who fired into the empty net…

Not a great day for Hart, considering Torino even got his name wrong in the pre-match teamsheet.

Indeed, the game would end in defeat for I Granata, after Franck Kessie converted a late penalty (despite Hart’s mindgames which saw the ‘keeper walk behind the goal before the spot-kick).