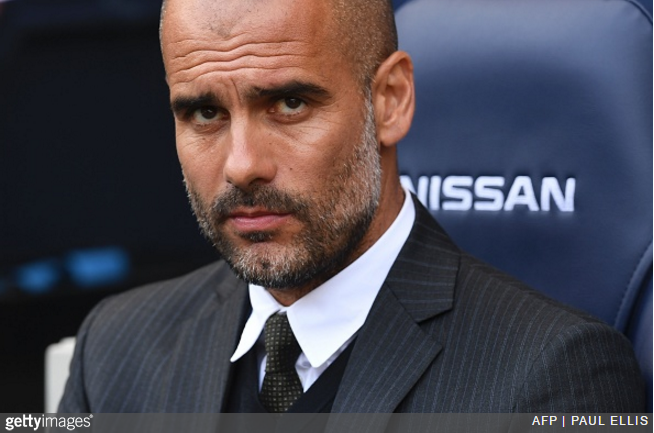 As you may have noticed, Man City have got off to a fairly formidable start under Pep Guardiola, who has already transformed his new team from a bloated, lethargic behemoth into a lean, mean 4-0 machine.

Naturally, given their as-yet unblemished start to the season, people are already foreseeing a campaign of total dominance for Pep’s men.

Asked in the aftermath of Saturday’s effortless tanking of Bournemouth whether he was eyeing up a quadruple, the City boss was measured in his response.

Indeed, the Spaniard demonstrated an impressive grasp of the fine art of exasperated English expletives…

Q: is the aim to win four trophies?
A: WTF pic.twitter.com/CbF3ifT4rt

As an aside, is anybody else a little worried by the fact that Pep is clearly insane?

It’s probably a good ‘maniacally obsessive’ insane… but only just.