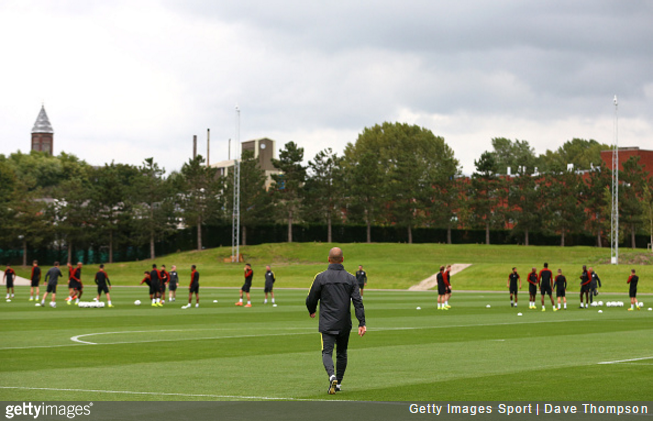 With today’s professional footballers largely existing in a headphone-swathed, notification-checking bubble, it’s refreshing to hear that Pep Guardiola has launched a one-man revolutionary crusade against self-inflicted isolationism at Man City.

In order to create a communal atmosphere at the training complex, Guardiola has decreed that all City players eat their meals together.

Not only that, but he’s also seen to it that the Wi-Fi is turned off to encourage his team to interact with one another socially using the antiquated art of conversation.

This was all divulged by Pablo Zabaleta in an interview with Argentinian broadcasters TyC Sports.

Indeed, the veteran right-back revealed the details of the regime changes made by Pep since his arrival in June.

He (Guardiola) forces us to have breakfast and lunch together at the club.

The internet is cut off, we are held incommunicado. We don’t even use 3G!

Not that old Zabbo minds, as he’s just content to be working under the best coach in the business.

You always want and dream to be trained by the best coaches, and today I have the opportunity to work with one of the best.

Actually, you learn a lot, especially the way how you should live.

Beyond the knowledge of his idea, you see the passion with which he lives for football.