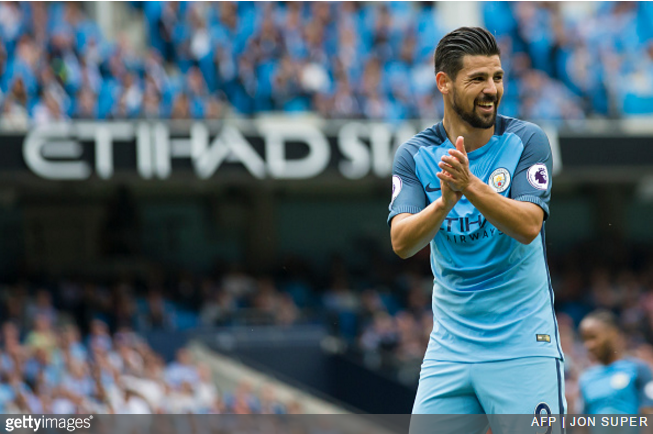 With a big midweek Champions League match against his former side pending, Man City forward Nolito has been discussing the three seasons he spent at Barcelona as a younger man.

Having been nurtured by current Barcelona coach Luis Enrique while plugging away in the Catalan club’s youth and reserve teams, Nolito has nothing but gratitude for the man who convinced him to put down the extra-curricular gateaux and instead start focusing on fulfilling his potential.

Speaking to the Guardian ahead of the game, Nolito said:

I had always played carrying extra kilos. He made me see that it was fundamental to lose weight, 10 kilos, to make the breakthrough.

He was insistent, for my own good. It was hard, but there’s been a massive change. Brutal.

He was on at me every day; he’s been fundamental for my career. The cakes, the bread, the Coke: it’s all good, but for my profession it was shit.

I’d train then eat: train, eat, train, eat. I was a fish biting its own tail.

Eventually, you realise: an elite player has to be slim.

Not true. Not true at all…