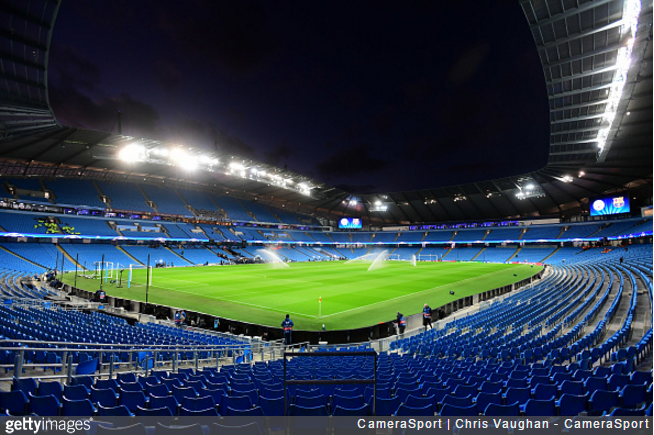 Not that it hindered Man City in any way, but the Etihad Stadium actually had to be temporarily evacuated shortly before Man City’s Champions League triumph over Barcelona last night.

The entire stadium was emptied by security after an alarm went off at around 5pm. Feel free to add you’re own ‘how could anybody tell?’ attendance-based jokes at this juncture.

While the terraces were empty (stop it), hundreds of City staff, journalists, photographers and other such folk were herded out of the ground and onto the concourse area outside when the fire alarm sounded.

Thankfully, it turned out to be nothing more than a false alarm.

Indeed, Manchester Evening News are reporting that burnt chips in the VIP hospitality suite were to blame:

The club confirmed the evacuation was due to a fire alarm but did not give any specific details as to what triggered the alert.

However one staff member at the ground suggested it was due to ‘some chips being burnt in one of the kitchens.’

The ensuing hoo-ha was dealt with swiftly by City’s security team, with the turnstiles reopened at around 5:45pm to let everybody back in.

Crisis averted, except for the heinous wastage of those poor, delicious chips.