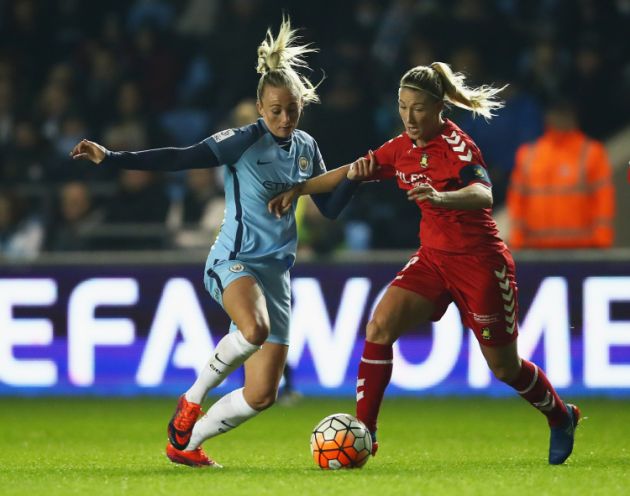 Manchester City’s women’s side reached the quarter-finals of the Champions League on Wednesday night, after drawing their second leg last-16 clash with Brondby 1-1.

The goal of the game came courtesy of striker Toni Duggan, who fired home a superb second-half effort.

Already a goal up from the first leg on home soil, City took the lead in Denmark on 64 minutes, with Duggan producing a superb swivel and shot from outside the box which arrowed into the top corner of the Brondby goal…

Soon after that cracking strike, Brondby equalised through Nanna Christiansen. However, City held on to win the tie 2-1 and proceed to the last eight.

The only British side remaining in the competition, WSL champions City will now mix with the big guns of European football in March.