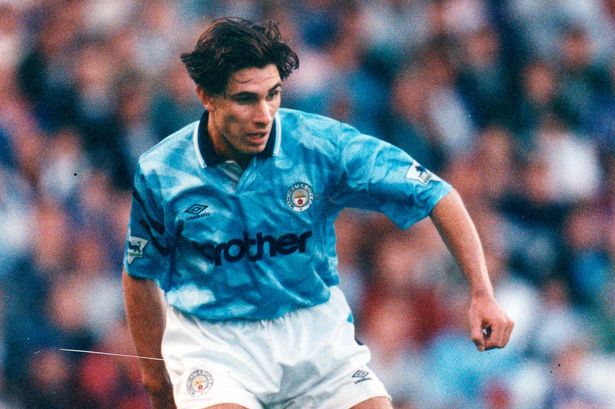 There were almost two full divisions between the sides when Man City travelled up to Bloomfield Road for an FA Cup fourth round tie against Blackpool in January of 1988.

Still, it was the Seasiders who drew first blood when young striker Richard Sendall – who had been told he was free to leave the club on a free transfer the week previous – scored to put the Third Division side ahead.

Indeed, Blackpool came within a whisker of pulling off an unlikely upset when City midfielder Paul Lake trampled home an equaliser roughly 10 seconds from full-time.

And what a beauty of a goal it was too – provided, of course, that you’re into fiendishly ugly goalmouth scrambles that seem to go on forever…

It may look like a scene from The Somme but it’s rather glorious in its own way, no?

Many thanks to spotter @The_Paris_Angel for stirring memories of this beastly stramash.

For the record, City went on to win the replay 2-1 at Maine Road just four days after the original fixture.

This way for more magical goalmouth scramble madness on Pies