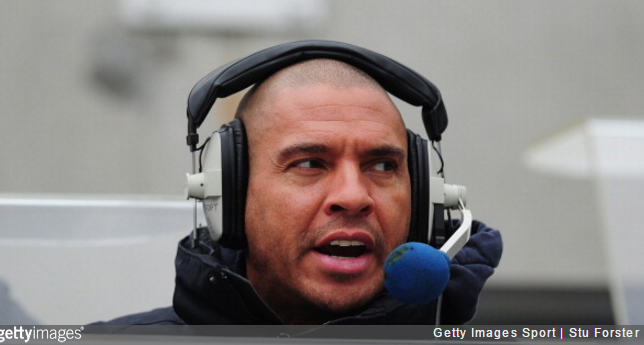 It would appear that the era of the manager-versus-pundit slanging match is most definitely upon us. Oh joy.

Because of course he has, Stan Collymore injected himself into the situation by fabricating a war of words with none other than Pep Guardiola.

With Man City floundering defensively at the moment, Collymore used his Mirror column on Monday to chastise “deluded” Pep for admitting that he doesn’t coach tackling, preferring instead to hone his players’ attacking instincts.

Collymore’s caustic criticism was then put to Guardiola during a news conference, to which the City boss reacted with utter, utter indifference…

Basically, the Catalan equivalent of the alan-partridge-shrug.gif…

Of course, Guardiola being unaware of his existence didn’t remotely bother our Stanley, who simply wrote a 421-word Mirror column to confirm as much:

I had to have a belly laugh at the posts from blogs and websites getting giddy that Pep Guardiola, when asked about my MirrorFootball column, looked puzzled and asked: “Stan Collymore?”

They’ve had a field day, gleefully saying “he doesn’t know who you are etc” which, bearing in mind most of these journalists wouldn’t be recognised in their own front room, makes it even funnier.

If Pep doesn’t know who I am, that’s absolutely fine, all he needs to do is watch Sky Sports, there’s usually the 4-3 game (Liverpool vs Newcastle, 1996) on, or used in an advert.

Maybe he could give the former manager of his current club, Stuart Pearce, a call and ask him about who Nottingham Forest’s greatest 11 is, managed by a true great of the game, rather than one spoon fed lots of cash to get success.

Or ask Robbie Fowler, Liverpool legend, and someone I’m sure Pep knows the name of, who his best strike partner was amongst Owen, Rush, Viduka, Shearer, Cole et al.

And to all of those bloggers and journos laughing in Pep’s press conference today at my expense, I’ve won awards in YOUR industry and have a 15-year playing career to back it up.

If Pep genuinely dismisses me, just imagine what he thinks of you!

I’m comfortable not being known by Pep – Brian Clough knew who I was and rated me highly.

He was a double European Cup winner who did it from scratch, not from an Abu Dhabi or Qatar silver spoon.

I’ll make sure I state my name, National Union of Journalists’ number and full address when I’m next at the Etihad, just in case Pep, just in case.