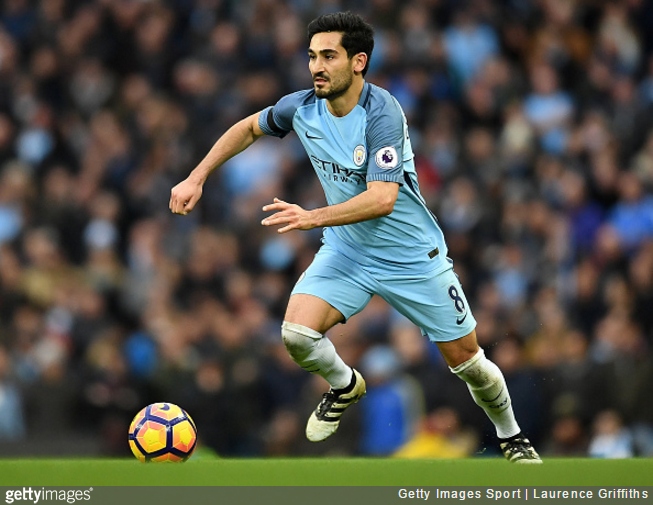 Having missed a large swathe of last season with a dislocated patella, it was heartbreaking to see Ilkay Gundogan succumb to yet another long-term knee injury when the Man City man suffered a cruciate ligament rupture in last weekend’s win over Watford.

Indeed, Gundogan left the field in tears and was subsequently ruled out for the remainder of the season with a hefty five-month recuperation period now n the cards.

As a small token of sympathy for his plight, the rest of his teammates walked out of the tunnel before Sunday afternoon’s clash against Arsenal while wearing replicas of the German international’s City shirt.

The lads walk out in @IlkayGuendogan shirts to show solidarity with their team mate. Get well soon, Ilkay! #mcfc pic.twitter.com/1IW7a0mIBH

The gesture was warmly received by Gundogan from his living room sofa, though the midfielder did feel the compulsion to assure everybody that he’s still among the living – confirming as much on Twitter…

Thanks to my teammates 👏👏🏽 & of course – congrats to my boys to this crucial win against #AFC👍 PS: Don’t worry – I’m still alive 😉 #MCIARS pic.twitter.com/det9q7C8Wp

Phew. Thank heavens for that.

Here’s wishing him the fastest and fullest of recoveries. The man’s been through the wringer.