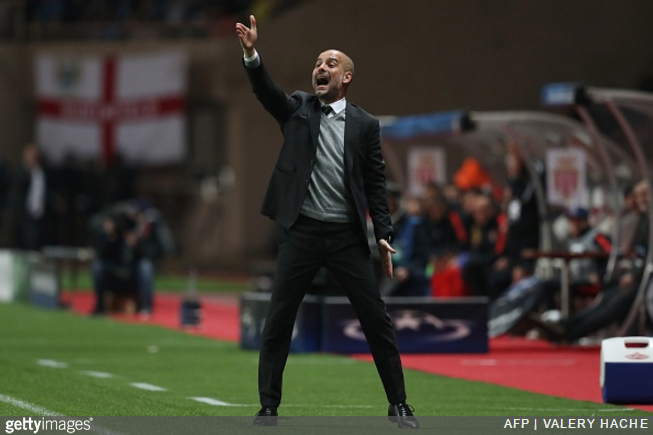 Despite fielding a very top-heavy starting XI, Pep Guardiola was left to rue his side’s inability to attack convincingly as Man City were knocked out of the Champions League by Monaco last night.

Carrying over a 5-3 lead from the first leg at the Etihad, City lacked the necessary aggression to kill off the encounter in the second – eventually slumping to a fairly meek 3-1 defeat at the Stade Louis II, thus losing out on away goals.

Speaking to the press after the match, Guardiola refused to blame City’s defence for being breached and instead focused his ire on their flaccid front line:

I tried to convince them in all the meetings we had to come here, try to attack and score.

My mistake was being not able to convince them to do that.

I did [convince them] in the second half but it was too late.

All managers make mistakes but I don’t think it was down to a tactical mistake.

I did it all my career in that way. But the problem was the first half. We weren’t there.

And so, Man City become the first team to score 5 goals in a Champions League first leg and still miss out on a place in the draw for the next round.

They also went out having conceded as many goals as Arsenal (16) who, you may remember, had a total of 10 goals put past them in the last 16 alone.

Basically, City are a bit of an expensive mess at the moment and Pep’s got a hell of a job on to fix it.