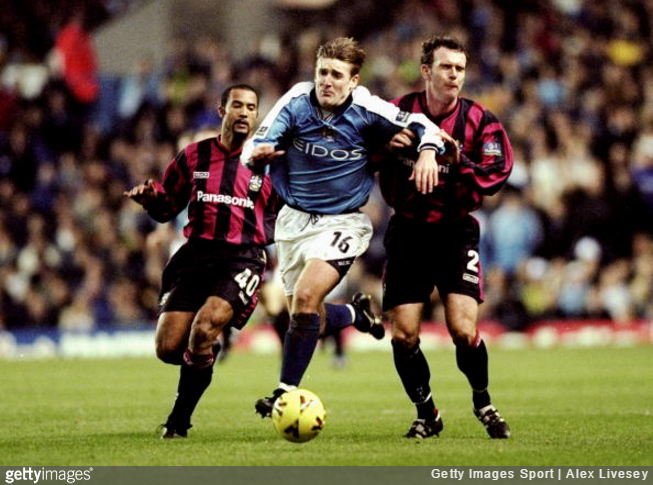 You may not be aware, but today marks the anniversary of one of the most significant matches in the entire 154-year history of association football.

Knowing full well that a win and a win alone could prevent their relegation to the third tier, Man City (21st in the league) met fellow stragglers QPR (22nd) in the penultimate game of the First Division season.

Things got off to a flying start when Georgiou Kinkladze put City ahead in the very first minute, only for Mike Sheron to equalise shortly thereafter.

And then, with the score locked at 1-1, Jamie Pollock – signed but a month earlier to help bolster City’s fight against the drop – went and painted his masterpiece…

Lee Bradbury eventually grabbed another goal for City but the 2-2 draw meant that Pollock had effectively relegated his new club down into Division Two for the first time ever.

Indeed, City went on to hammer Stoke 5-2 in their final game of the season but, due to results elsewhere, still ended up disappearing down the plughole.

QPR, on the other hand, managed to stay up by a single point.

Magical days, back when football was a little bit shit, but healthily so.