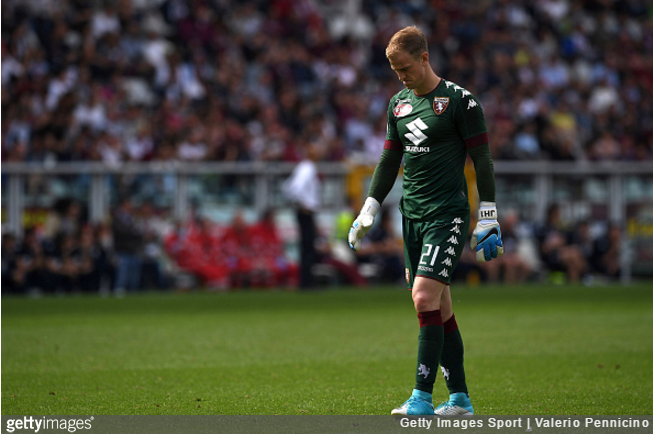 With Torino set to wash up in mid-table after a fairly unremarkable season, club president Urbano Cairo has been taking stock of his lot.

Indeed, Cairo was faintly withering when it came to evaluating Joe Hart’s six-month stint with the Granata, admitting that the England keeper’s trademark handling errors and over-zealous decisions have been something of an issue.

This seemed to come as something of a surprise to the Torino hierarchy, who appeared to expect more in terms of stability and dependability from a player with Hart’s credentials.

Hart made a few mistakes, especially when coming out for the ball.

He is an important goalkeeper. We probably didn’t expect so many mistakes from an England international… but he did some good things, too.

Talk about damning with faint praise.

This comes less than a month after Cairo blamed increased transfer speculation for a dip in Hart’s performances, specifically a botched punch that saw lowly Crotone rescue a draw against Torino in mid-April.

There’s too much being said about Hart. His performance levels have dropped.

This is already the third time we concede a goal this way and that’s a bit too much.

It happens and I like him, but come on…

Just a couple of weeks before, Hart was deemed to be at fault for both goals as Torino blew a lead to draw 2-2 with Inter Milan.

At time of writing, only two teams (bottom side Pescara and Cagliari in 12th) have conceded more goals than Torino this campaign, which serves to encapsulate their defensive frailties.

Not that Claudio Bravo has been a model of consistency in the interim, but Pep Guardiola was definitely right about Our Joe.

He may make big saves fairly regularly, but it’s the naff ones that routinely slip past him which are far more telling.