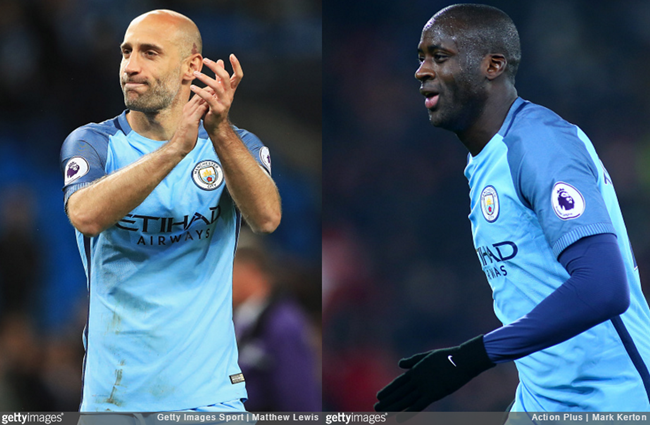 Football has once again united in the wake of the dreadful events at the Manchester Arena on Monday night.

As you probably well know, 22 people were killed (some as young as eight-years-old) and 59 injured when an explosive device was detonated during an Arianna Grande concert.

While the messages of support and solidarity rained in, two footballers with local ties to the city decided to go one step further, with Man City pair Pablo Zabaleta and Yaya Toure both donating sizeable sums of money to the relief effort.

My thoughts go out to all those affected by this horrific tragedy. #prayformachester 🙏🏻

Indeed, The Sun are reporting that Zabaleta has donated a significant chunk of his final City pay packet to the victims of the bombing.

Zabaleta showed just why he is so respected as a man across the city […] by donating £90,000 from his final match fee.

Yaya Toure and his agent Dimitri Seluk to donate £100,000 to help the victims of the attack in Manchester last night

The news an eight-year-old girl went to see her favourite singer and didn’t return home is too much to bear.

Yaya and I want to help. We talked this morning about what happened and he asked me what he thought we could do.

We have agreed to donate £50,000 each to help the victims of this terrible crime. It doesn’t matter whether the victims are from Manchester or not.

Those of us lucky enough to work every day in football can do so because of the generosity of fans across the world.

Yaya is from Cote D’Ivoire, I am Russian. It doesn’t matter. Today is a chance for those of us in football to help out.

Fantastic gesture, and we’re sure that Zabaleta, Toure and Seluk are not the only footballing names to have put their hands in their pockets to help out in a time of crisis.

In fact, there are reports that Phil Neville had a van-load of food delivered to a local children’s hospital after hearing their supplies were running low.