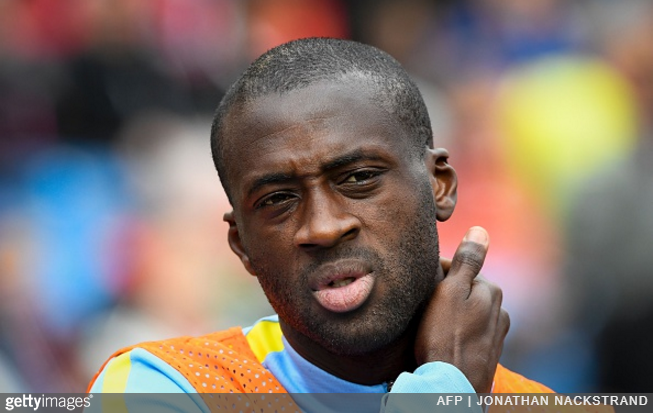 Having evaded it for some seven years now, Yaya Toure has finally been given a crash course in local Mancunian slang courtesy of his employers, Man City.

With brow furrowed to the point of cramp, the 34-year-old from Bouaké, Ivory Coast was grilled on a selection of advanced Manc vernacular – all of which was so discombobulating that it seemed to cause him actual physical pain.

However, it would appear that Yaya’s laboured linguistic lesson did sink in, with the City midfielder successfully and seamlessly cramming his two favourite slang words into a Tweet shortly thereafter…

Holidays are MINT. But looking forward to getting back to playing football 😊

No football is BOBBINS 😂 pic.twitter.com/Booojx5vyh

The man’s as good a Manc. He’ll be hankering after over-expensive cagoules, wearing shoes that look like Cornish pasties, listening to ‘Be Here Now’ and pretending it’s still 1998 in no time.

Not that that’s a bad thing, mind.