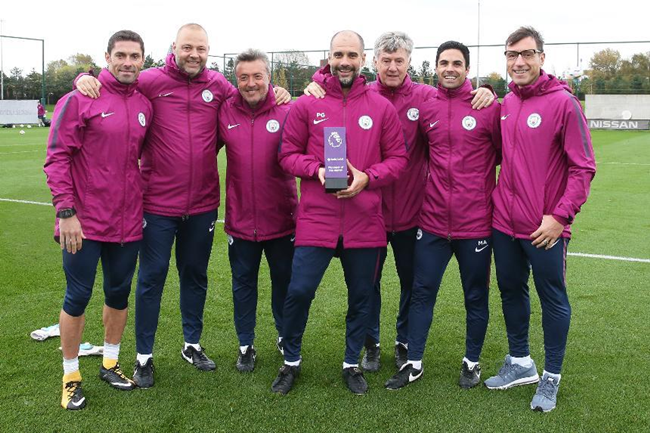 Pep Guardiola has been named Premier League ‘Manager of the Month’ for September after steering Man City through a flawless month.

Indeed, City won all four of their September league fixtures, beating Liverpool, Watford, Crystal Palace and Chelsea, scoring 17 goals without conceding once at the other end.

Rather magnanimously, Guardiola’s official Twitter account accepted the honour as an “inclusive award” for all of City’s players and staff…

Hard to argue with that.

Hell of a contrast with the photo too, given Pep did his best Eeyore face the last time he took the ‘Manager of the Month’ plaudits back in March… 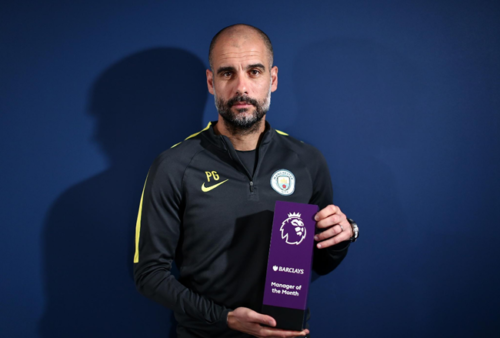 That’s the power of a fuchsia-coloured jacket, we guess.