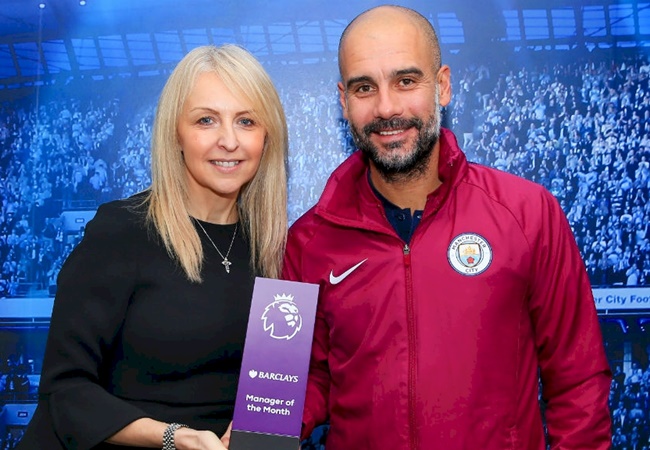 After Man City took four victories from four and set a new Premier League record for a single-season winning streak in the process, it probably comes as little surprise to learn that Pep Guardiola has been named Manager of the Month for November.

Guardiola’s team beat Arsenal, Leicester, Huddersfield and Southampton to maintain their flawless run throughout the month, with their manager duly picking up his third consecutive Manager of the Month award on the back of it – the second ever Premier League coach to do so (after Antonio Conte).

Congratulations to Pep Guardiola on winning his third Barclays Manager of the Month Award this season in a great November for @ManCity pic.twitter.com/IREOkoy0Xa

Indeed, it was a doubly joyous day for City, who also saw prodigious young midfielder Phil Foden named PL2 Player of the Month for his sterling progress as part of the club’s Under-23 side.

🏅 | Congrats, @WayneRooney – winner of the @Carling @PremierLeague Goal of the Month for November! #EFC pic.twitter.com/oON0sNinTz

Hard to argue with that one, really. That connection and trajectory gets sweeter every time you watch it.