Bournemouth defender Tyrone Mings has pulled out of an interview with TalkSport in a show of solidarity with Raheem Sterling and in protest of the wider media’s continued prejudice toward young black footballers.

In the wake of the brazen racist abuse Sterling received from Chelsea fans at the weekend, TalkSport first invited The Sun journalist Neil Custis on to assure listeners that the tabloid media don’t have any such racial agenda and that their obsessive, derogatory coverage is, in his words, “just stories”.

For the record, The Sun themselves then barfed this up… 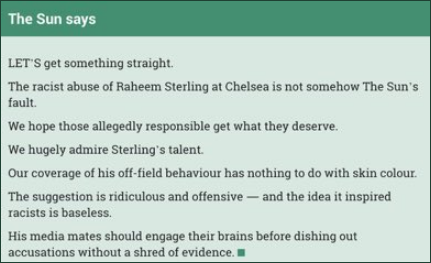 Anyway, TalksSport then charged former Reading forward Dave Kitson with unpacking the Sterling fallout for reasons we care not to begin fathoming.

Sure enough, Kitson made a fine job of failing to grasp the issue. Indeed, he began by briefly offering his sympathies to Sterling before swiftly blaming the City forward for “sowing the seed of hatred” in people’s mind by flaunting his wealth on Instagram, leaving him open to such abuse – good, honest abuse that is fuelled by “jealousy”, not racism. 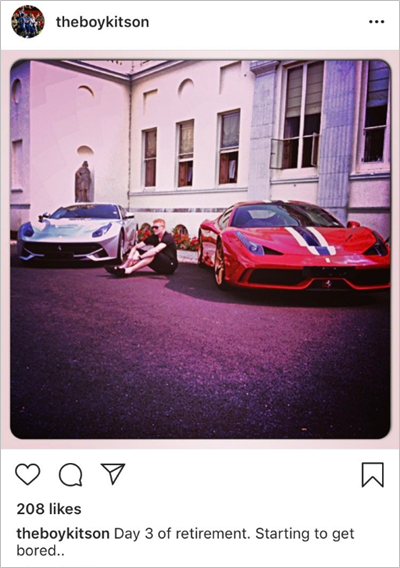 This proved to be the final straw for Mings, who cancelled his scheduled appearance on TalkSport before tweeting the following:

I’m meant to be doing an interview with talksport tomorrow which won’t be happening.

I’m fed up of broadcasting channels who have a huge voice allowing this sort of sh*t to be said.

Like someone or dislike them, there is no ‘but’ or grey area when it comes to racism.

Sometimes silence is just as powerful as trying to force someone to listen to you.

If we all don’t do interviews with ‘them’ then they will soon start to have a level of appreciation for what we bring to their sport.

I will absolutely voice my opinion and play my part for those who do not have as much of a reach. It has to be in the right way and on the right platforms though.

Silence is deadly for (radio) stations and outlets who rely on viewers and listeners.

If all black and ethnic minority footballers, active and former, refused to comply with broadcasters and journalists and refrained from adding any morsels on social media until further notice, they might be able to affect change a little quicker than by merely telling us all how shockingly dire things are for them over and over and over and over again – not that it should ever have been allowed to reach this point, of course.

Starve them of their musty, stagnant oxygen and force them to breathe new, rarefied air.