THE demand for Craig Bellamy shirts was so high in Cardiff City’s club shop that they ran out of the letter Y, forcing some desperate fans to make do with ‘BELLAM’ shirts. And here’s the proof: 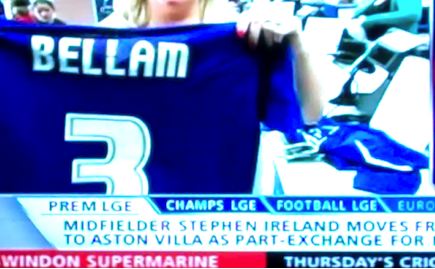 Screengrab via our pals at Caught Offside

The things fans do for their heroes, eh. If you’re wondering why this fan got a No.3 shirt, when Bellamy will wear the No.39, it’s because BELLAM 3 sounds a little bit like BELLAMY. Hmm, dubious.

However, if any Cardiff fans are reading this, there is a simple solution: 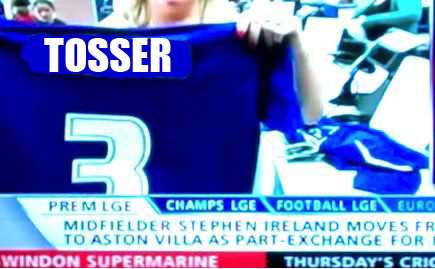 ALL Bellamy shirts may become collector’s items if the Football League decides not to register the player, though. It’s a slight concern for the Bluebirds.

League chairman Greg Clarke has asked Cardiff to prove that they have the cash to make the deal viable.

Clarke said: “We have to register the player and we’ve asked Cardiff for some information, which will be confidential between them and us, which will allow us to appraise whether we are going to register that player or not.

“I wouldn’t approve of any club taking on more obligations if they couldn’t pay their existing ones.”

The Bluebirds replied: “We are fully confident that this deal adds up in a business and sports context.

“It should be remembered that the club has released 10 players this summer, and to date have brought in two free agents and season-long loan players.

“We are extremely proud to have reached a sensible deal with Manchester City which has allowed us to bring Craig home to realise his dream of playing for his home town club and to help us pursue our ambition of challenging to join the Premier League.

“This deal has also been fully supported and underwritten by our Malaysian investors who have shown unprecedented support since joining the club.

“By bringing Craig Bellamy to Cardiff City we continue to work in the interests of the club, the city and Wales. We will be in contact with the Football League on Thursday morning to discuss these matters further.”

A minor alarm bell, but the deal will almost certainly go through.