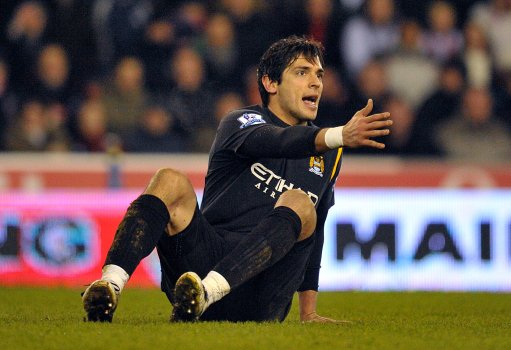 To nab a quick quote from today’s Guardian, Roque Santa Cruz‘s ‘periphal existence at Manchester City’ looks set to continue (until about January time, I’d wager) after the club announced this morning that the injury-ravaged striker has not been included in their 25-man squad for the first group stage of the Europa League.

Santa Cruz also failed to make the cut for City’s qualifying ties with Timisoara last month, and his prospects at Eastlands now look dimmer than ever – although he has been included in the Roberto Mancini‘s Premier League squad.

Since joining City from Blackburn 15 months ago, for the heavily inflated sum of £18 million, Santa Cruz has managed to notch just four goals in competitive matches.