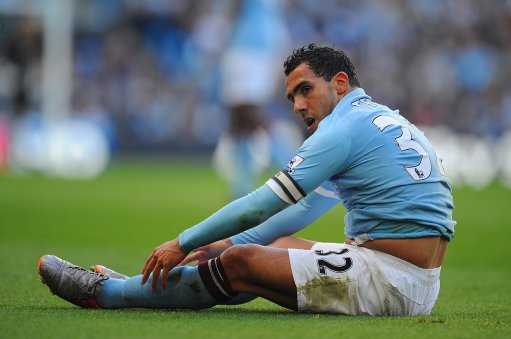 Manchester City have given homesick striker Carlos Tevez special dispensation to fly back to Argentina in order to undergo treatment for a severely bruised knee.

Tevez sustained the injury during City’s defeat by Arsenal at the weekend but was initially expected to be fit in time to face Wolves this coming Saturday.

However, scans yesterday revealed severe swelling and internal bleeding around the striker’s knee and thigh leading the club’s medical team to predict an injury lay-off of ‘about two weeks’ – putting any hopes of him making the Manchester derby on November 10th in serious doubt.

Now, I’m no doctor, but surely flying 7000 miles with blood pooling under your skin is never going to be a good idea?