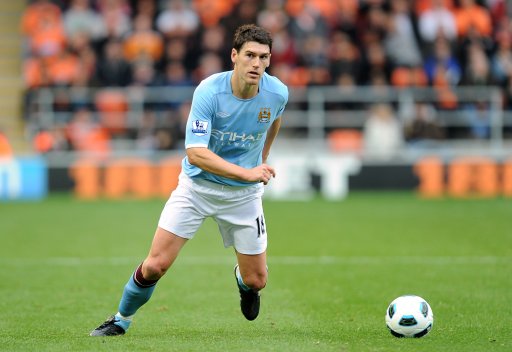 Various rumours of mounting unrest at Manchester City have begun to circulate over the past few weeks, with public spats between Yaya Toure and James Milner (vs. Arsenal) as well as Emmanuel Adebayor and Vincent Kompany (vs. Wolves) have hardly served to quell them.

However, midfielder Gareth Barry has told the club’s official website that supporters shouldn’t be alarmed by their squad’s recent flurry of on-field squabbles, assuring them that such arguments are in fact a good indication that the players are merely desperate to win.

When asked whether he thought City were becoming a club under siege, Barry replied:

“Seems to be that way yes. It is a bit sad really. Every little thing is getting scrutinised.

If you were to scrutinise every Premier League match last weekend, or any football match, there will be arguments between players, more so when you are desperate to win.

We have had two sets of players picked up now by the media saying we are arguing but that is because we are desperate to win.

For me that is only a good sign and I am sure the manager has already pointed that out.”

One question Mr Barry, since when has in-fighting been the hallmark of a great team?