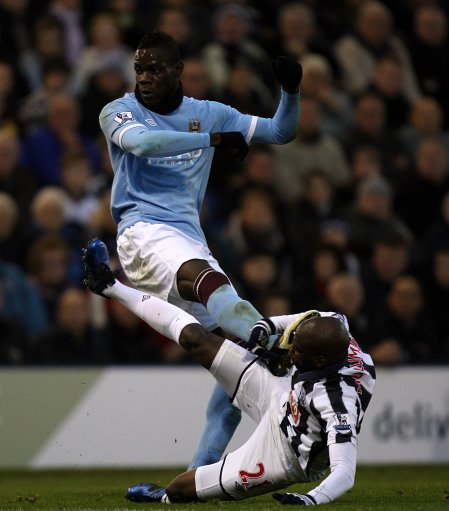 Manchester City’s gloriously mental barm-ball Mario Balotelli has lost his appeal the against the dismissal he received during his side’s 2-0 win over West Brom at the Hawthorns on Sunday.

After scoring both of City’s goals, Balotelli tangled with, then appeared to stamp on, Youssuf Mulumbu and was shown a straight red card for his efforts. City issued a statement almost immediately after the game, saying that they intended to appeal against the call but the FA have announced this afternoon that the appeal has been upheld:

“At a Regulatory Commission hearing, a claim that the standard punishment is clearly excessive from Manchester City’s Mario Balotelli was dismissed. As a result, Balotelli will serve a three-match suspension with immediate effect.”