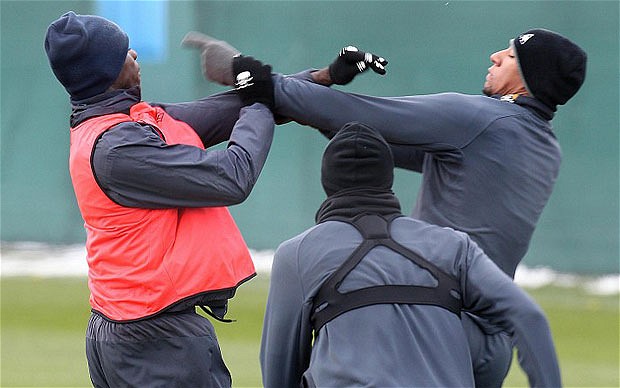 According to the Manchester Evening News, the charming man-cub that lycanthropic coach Roberto Mancini found abandoned in a woodland clearing and raised himself, Mario Balotelli, had to be forcibly separated from Manchester City teammate Jerome Boateng when the two began scrapping during a training session yesterday.

The MEN are also carrying pictures of the benny between the pair, which was reportedly sparked when Balotelli reacted rather negatively to a ‘robust’ tackle from Boateng.

Apparently Mancini then had to step in to stop both players from throttling one another with their respective snoods, but both Balotelli and Boateng were eventually seen to make amends after the session with some serious ‘mano y mano’ hugging action.