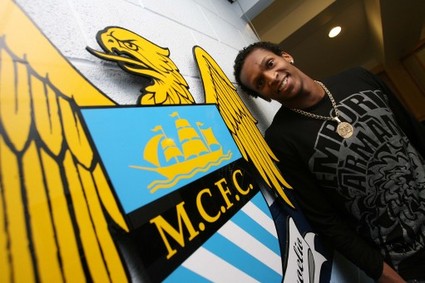 Mark Hughes hasn’t wasted much time in strengthening Man City’s sketchy forward roster. Today he unveiled Jo, signed from CSKA Moscow for a “club record” undisclosed fee.
In his Moscow days, Jo looked like a windswept crackhead, but he’s since had a haircut, which sucks, because there aren’t enough crackhead lookalikes in the Premier League.
More photos of Jo’s unveiling, plus a video of his first press conference at City… 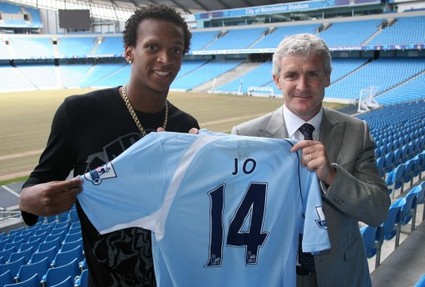 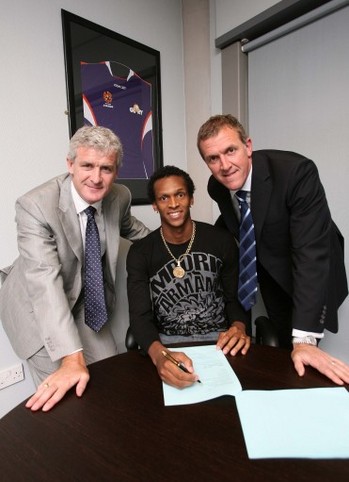 Jo is only 21 years old, but he bagged 44 goals in 77 games for CSKA since joining from Corinthians in 2005. The Russian league is not as strong as the Prem, but that’s still a very impressive return.
From what I’ve seen of Jo, it’s understandable that City would break their transfer record to sign him – he’s big, fast, powerful and skilful. Imagine Drogba crossed with Adebayor, and you have an idea of his potential.
Watch a vid of his first City press conference: