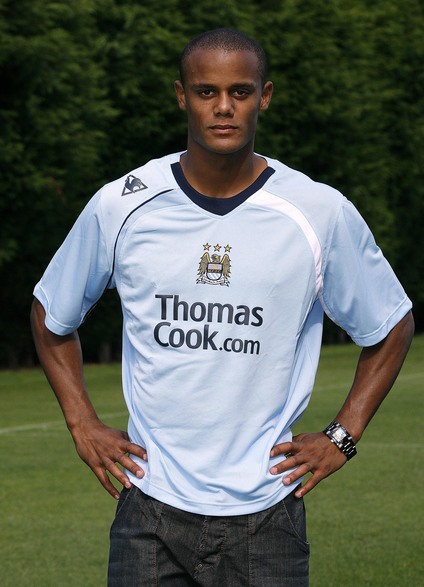 Name Vincent Kompany
Age 22
Nationality Belgian
Club history Anderlecht, Hamburg SV, Man City (current)
Position Central defender
Is he any good? I know that in Konami’s Pro Evolution Soccer series he used to be a very talented, fast-improving young centre-back (I had him in my Master League team on several occasions) – so he must be handy, right? In real life, he’s also highly rated – he already has 23 caps for Belgium, and Mark Hughes may choose to use him at left-back or even as a defensive midfielder.

As you can see, he’s more skilful on the ball than your average central defender.
Pies verdict
Man City haven’t disclosed the fee for Kompany, so it’s hard to say if he’s value for money. However much he cost, City have acquired one of the most promising defenders in Europe – he may yet form a terrific defensive partnership with Micah Richards. What’s not to like?
Have your say
Do you think Kompany will be a success at Eastlands? Vote below: