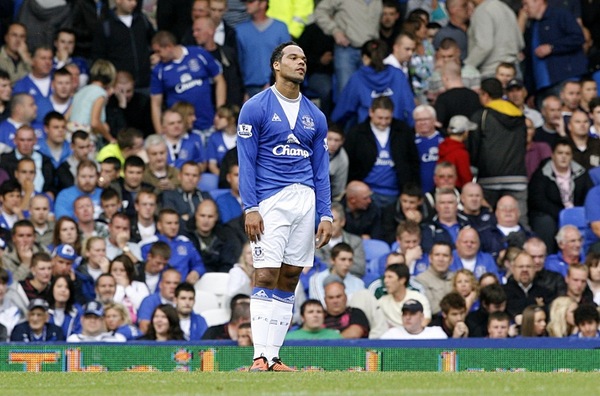 We hear that Joleon Lescott has been dropped for Everton’s Europa League qualifier against Sigma Olomouc on Thursday.
David Moyes said of Lescott:
“His attitude in the past few days has been poor and for that reason I won’t include him.
“I’ve always thought he was a good lad. But I think he has not only let himself down but his team-mates, too.”
Hmm, Moyes playing hardball and quite right too. I’ve been disappointed with Lescott’s apparent sulking over his club’s refusal to accept his transfer request, but these days, when a star player wants to walk, he walks.
But at least if Lescott does end up at Man City, Moyes isn’t letting him go quietly.