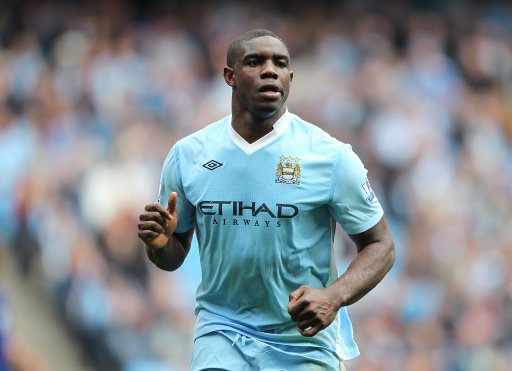 Surely Manchester City’s Micah Richards deserved his place in the latest England squad? The defender has been in superb form for the Citizens, already chalking up five assists in City’s almost flawless league campaign so far.

However, Fabio Capello has decided that, for now anyway, Glen Johnson, Kyle Walker and Chris Smalling will suffice. Richards is understandably rather unhappy at his snub, and has Tweeted so.

“Well well well!!!! Disappointed is an understatement!!”, he Tweeted after hearing the bad news. This was followed by “Oh well better look next time! Roll the sleeves up and work harder! #cantstopwontstopdontstop”.

On current form, Richards is more than worthy of a place in the England squad, if not a starting berth against Spain and Sweden, isn’t he?