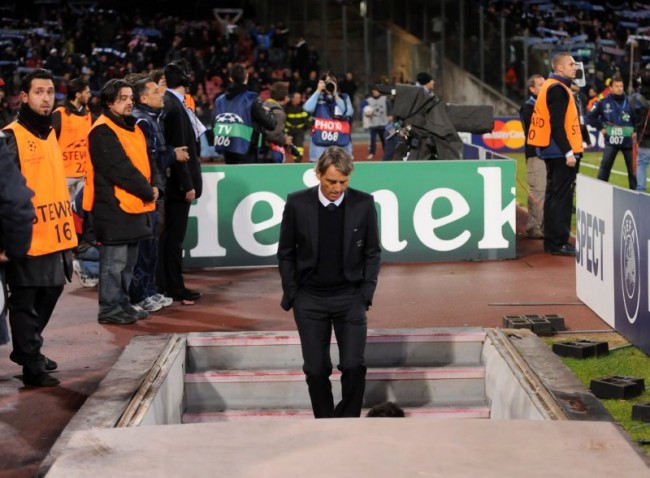 Two goals from the excellent Edinson Cavani were enough for Napoli to see off Man City in the Stadio San Paolo, thus leaving the Premier League leaders teetering on the brink of first-round elimination.

It now looks for all the world like City will be dropping out and playing Thursday night football in the Europa League as of next year, that is unless they manage a win over Bayern Munich and Villarreal take a point or three off Napoli in the last round of group games. It’s perhaps worth noting that the Spaniards have lost all five so far and sit rooted to the bottom of Group A on nul points.

Roberto Mancini has since calculated City’s chances of progressing to the knockout phase as 30%, though that’s presumably using the same brand of ‘creative mathematics’ as Rarry Hedknapp’s (name changed for legal reasons) accountant.