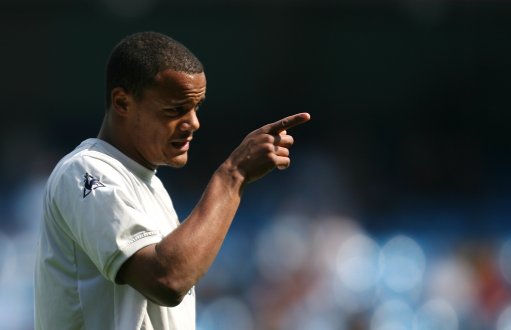 “About four years ago, Vincent and I went for a run in the woods, ” explains his childhood chum Rodyse Munienge. “I couldn’t run, and he started chasing me with a stick.  He tried to hit me so I would go faster, but I just couldn’t move forward. And he kept on hitting me with the stick.”

Kompany explained his actions: “It may seem cruel, but I can tell you that after 10 times he ran very, very well. And now he can run for two or three hours easily — and you have to thank the stick for that.”

This bizarre confession came in a new Nike advert called ‘Leadership Goes Beyond The Pitch’, which will be shown on Belgian TV. In the ad, former teammates and coaches wax lyrical about Kompany’s leadership qualities.

However, the idea of one grown man beating a friend with a stick in order to make him run faster is less an indicator of leadership skills and more a warning signal that the bloke with the stick is a lunatic.

Still, one imagines there are plenty of City fans out there who’d love to see him give Carlos Tevez the stick treatment.