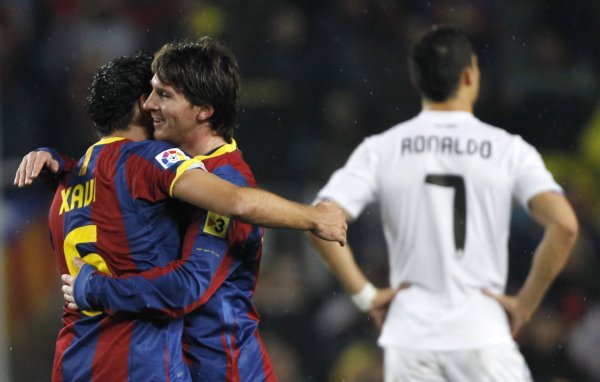 L’il Leo is actually the only man to have won the current incarnation of the Ballon d’Or after France Football’s top prize was merged with FIFA’s Player of the Year Award last year, and you have to fancy that after scoring 53 goals in all competitions last season (a feat matched by Ronaldo, we should add), the Barca man is the overwhelming favourite.

Seeing as FIFA aren’t the kind of organisation that specialise in ‘spontaneous’ curveballs unless vast amounts of Russian/Qatari petro-dollars are involved, so we’re slinging our balls out of the bath and plumping for a Messi win. I know, I know, we’re crazy.

Elsewhere, Pep Guardiola, Jose Mourinho and Sir Alex Ferguson are shortlisted for the 2011 FIFA Coach of the Year award. I’m seeing a two-way duel between Pep and Sir Alex here, given the former would be a nailed-on winner had the latter not celebrated a huge anniversary recently.

All the winners (along with the Puskas Award for the goal of the year) will be announced at an overblown ceremony in Zurich on January 9th.