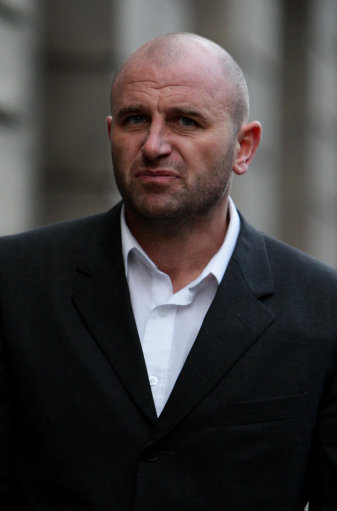 He was once a highly-rated young midfielder enjoying the privileges bestowed on a Manchester United player, but for Ronnie Wallwork, the dream has, over the years, turned sour.

The 35-year-old has been sentenced to 15 monhts in jail for selling on parts of high-performance  cars. Wallwork was caught selling on parts from nicked motors (apologies for the Danny Dyer-isms there) worth around £43,000 whilst working out of a scrapyard in Newton Heath.

After Wallwork had pleaded guilty at Preston Crown Court, judge Simon Newell said: “These were high-value items that were stolen.”

“It seems to me they were taken in a professional and sophisticated way. It also seems clear to me that they were taken to go into the black market either to be sold on or broken down and sold on.”

The Manchester-born former player joined United as a trainee in 1993 but after struggling to make his mark at Old Trafford, he moved on loan to Carlisle, Stockport and then Royal Antwerp. It was in Belgium that Wallwork was initially banned from football for life for attacking an official after a match, although the ban was later reduced to just four months. Not a good sign, it must be said. Danny Higginbotham was also involved in the incident, by the way.

He then enjoyed the best period of his career at West Brom before falling out of favour and moving again on loan to a number of clubs before finally finishing his career in 2008 at Sheffield Wednesday.

According to reports, Wallwork had lost a lot of money in unsuccessful business ventures before turning to the stolen car trade.

The story is a grim reminder of the flipside of a career in football.