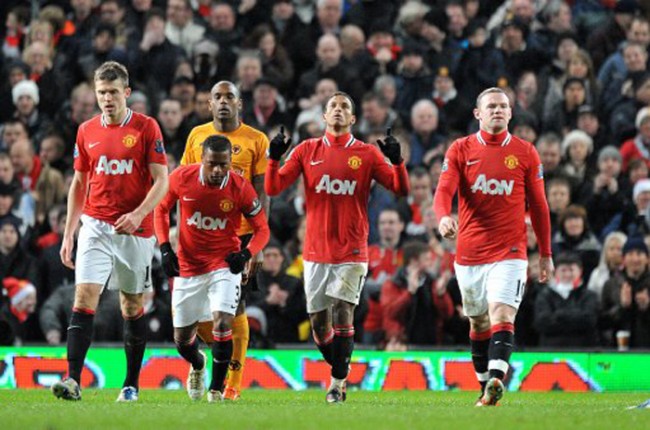 It may not make up for their Champions League horror-show in midweek, but by comfortably beating Wolves at Old Trafford, Manchester United at least rediscovered some of their attacking verve.

A brace for both Wayne Rooney and Nani gave the home team a convincing win against a Wolves side who struggled at both ends of the pitch.  2-0 down at half-time after a goal a-piece from Rooney and Nani, Mick McCarthy’s side did temporarily get back into the game courtesy of a header from Steven Fletcher on 47 minutes. However, United were soon in control of the game once again, netting two more goals to make it 4-1 with almost half an hour left to play.

Phil Jones impressed once again in midfield for the Red Devils who moved to within two points of league-leaders Manchester City (who play on Monday). Wolves, on the other hand, find themselves just three points clear of the drop-zone.