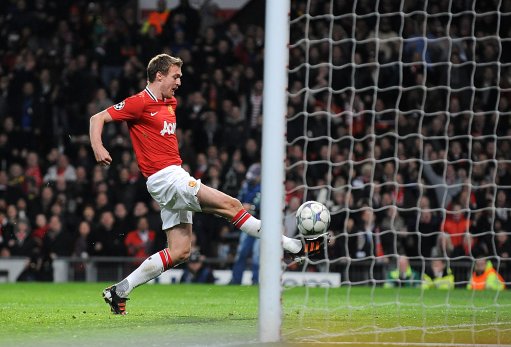 Manchester United have just announced that Darren Fletcher will be taking an ‘extended break’ from football on health grounds connected to the stomach illness that he has been suffering with for months on end and which has seen him limited to making just 11 first-team starts since March this year.

The following statement has just gone up on the club’s official site:

“On behalf of Darren Fletcher, Manchester United wishes to announce that he is taking an extended break from football for health reasons. Over the past year he has had several absence periods which we have attributed to a viral illness in order to respect his right to medical confidentiality.

“Darren has, in fact, been suffering from ulcerative colitis (a chronic inflammatory bowel condition) for some time preceding this.

“Whilst he was able to maintain remission of symptoms for a considerable period this has proved more difficult recently and Darren’s continued desire to play and his loyalty to both his club and country has probably compromised the chances of optimising his own health and fitness.

“He has therefore accepted medical advice to take an extended break from the demands of training and playing in order to afford the best chance possible of achieving full remission once again.”

That, whatever it is, sounds nasty. I mean, we knew Fletch was a hardy, dedicated soul if ever there were, but playing and training day-in, day-out with a chronic illness is something else. What an absolute chieftain.