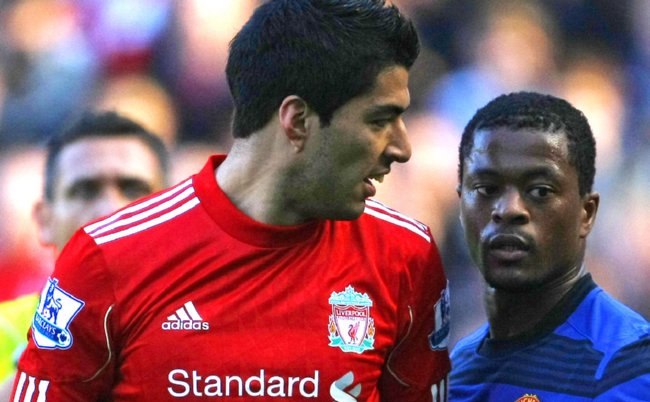 The FA have opened a two-day disciplinary hearing into the accusations, counter-accusations and subsequent charges of alleged racist abuse that were levelled at Luis Suarez by Patrice Evra following Manchester United’s trip to Anfield back in October.

Suarez has told media back in Uruguay that he only called Evra ‘something his team-mates at [United] call him’, while Evra himself has claimed (to Canal Plus) that Suarez called him a ‘certain word at least ten times’ over the course of the afternoon.

Nothing more is really known about the to-ings and fro-ings of the hearing other than the verdict is due on Friday, but the papers have gone big in speculating what Liverpool’s line of defence will be this morning, with reports that Kenny Dalglish is set to make an appearance to deliver a character reference on Suarez’s behalf, and that the club will call on South American language experts in order to prove that the striker’s choice of phrasing wasn’t motivated by racial intolerance.

In the Telegraph, chief scribe Henry Winter has even gone as far as suggesting that the club’s lawyers will try to prove that he only used the word once and that, given Uruguayan sensibilities, Suarez calling Evra a ‘negro’ is no more offensive than him calling Dirk Kuyt a ‘blondie’.

Yep. ‘Blondie’. Make of that what you will. May I suggest a toasted bullshit sandwich?