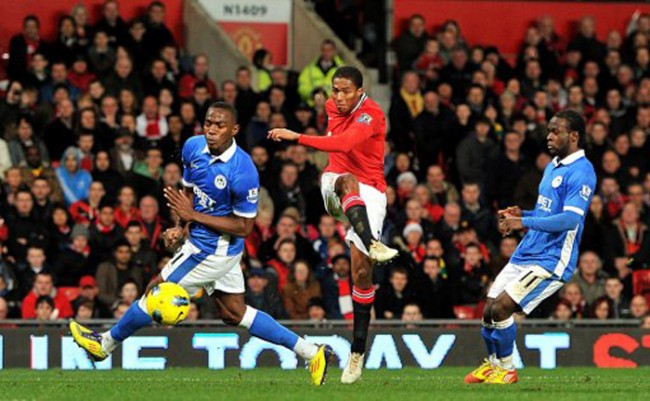 Wigan’s recent resurgence took quite a mauling at Old Trafford on Boxing Day, with Dimitar Berbatov giving Sir Alex Ferguson a timely reminder of his quality in front of goal with a superb hat-trick.

Already a goal down after Ji-Sung Park fired home on eight minutes, the Latics’ hopes of a comeback were well and truly snuffed out by referee Phil Dowd on 38 minutes. Young striker Conor Sammon challenged makeshift centre-half Michael Carrick and was judged by Dowd to have aimed an elbow at the United player. However, it was a dreadfully harsh decision by the referee and one which ended the contest.

As well as Berbatov’s three goals, Antonio Valenica, who like Carrick was playing as part of a patched up United backline, also scored as Sir Alex Ferguson’s men continued to keep the pressure on City at the top of the table. Wigan, on the other hand, stay in the drop-zone although they’ll won’t face many tougher trips than this in the new year.