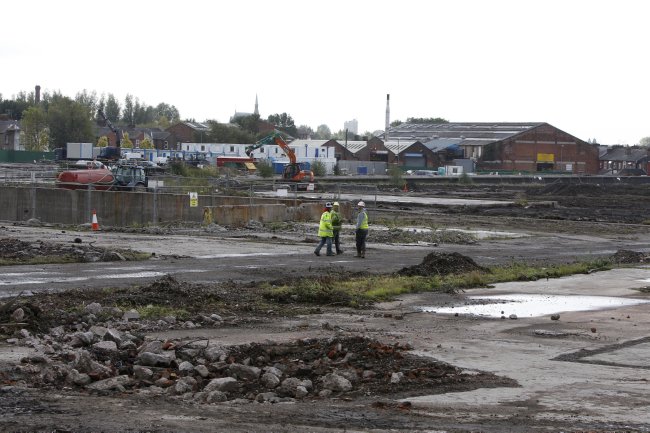 Some people, eh? Businessman and jilted Manchester United fan Shaun O’Brien is hoping to stymie Manchester City’s stadium expansion plans by selling off thousands of parcels of land in the mostly-derelict 80-acre site outside the Etihad that City have earmarked for a swanky new £100 million training complex (you can have a butcher’s at the plans here).

O’Brien has apparently divided the land at his tow-truck company, OB Trucks, into 18,500 square-foot plots and put them all up for sale on a website called ‘United Against the City’ in a bid to disrupt a proposed council order to force him to sell up to Sheikh Mansour and his minions.

According to the Manchester Evening News, City have offered O’Brien £200,000 for the land (with £750,000 pounds to cover costs and moving expenses), not that the man himself is having any of it:

“It’s just not enough. I’ve been here for 15 years, I had no intention to sell the land.

“As a business who want my land to further their business, they should come and sit down, negotiate and we’ll hack out a figure – whereas all along they’ve said we’ll give you £200,000 or we’ll get the council to CPO (compulsory purchase order) you.”

The plots are on sale for £250 each and are available to “ardent Reds and anybody else that feels strongly about our David & Goliath situation,” to try and “prevent Manchester City’s attempts to acquire our land in Eastlands, Manchester, in order to further their goals of football domination.”

Reports that Carlos Tevez may have just bought a controlling stake in OB Trucks are yet to be verified.