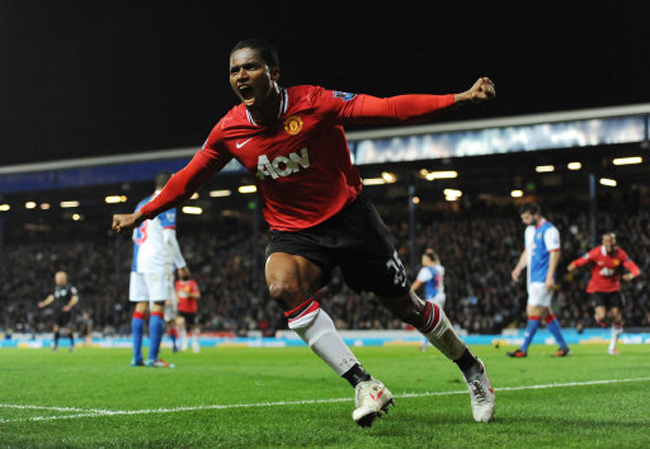 In an entertaining game at Ewood Park, Manchester United produced one of their trademark late victories to put themselves in pole position for yet another Premier League title.

Goals from the outstanding Antonio Valencia and sub Ashley Young in the final 10 minutes of the game were enough to send United well clear at the top while condemning Rovers to yet another stint in the drop-zone.

While United impressed in the first half, they came up against a Blackburn side who fought for every ball. Indeed, on a number of occasions, United ‘keeper David De Gea had to be at his best to keep out the home side.

With both sides having chances to win the game in the second half, the goal eventually came, courtesy of a superb strike from Valencia on 81 minutes. Five minutes later, Young doubled United’s lead with a finely taken goal as Fergie’s men took another big step towards the title. However, despite all their good work in recent weeks, Steve Kean’s Blackburn side remain in serious danger of the drop.