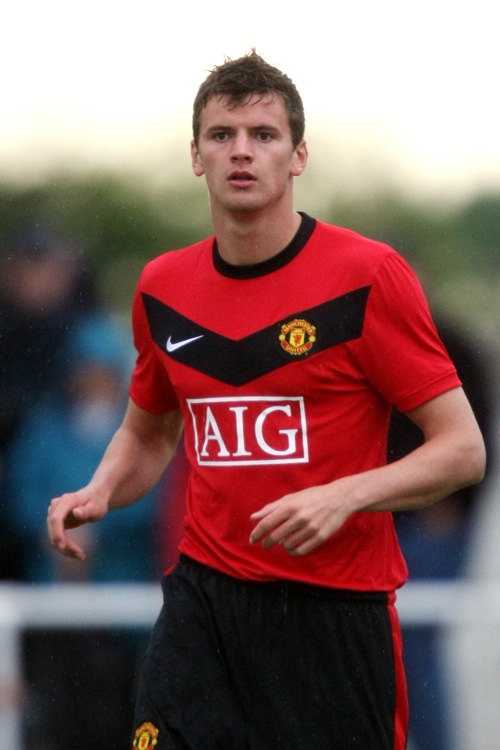 This is Oliver Gill, a centre-back in Man Utd’s reserves. 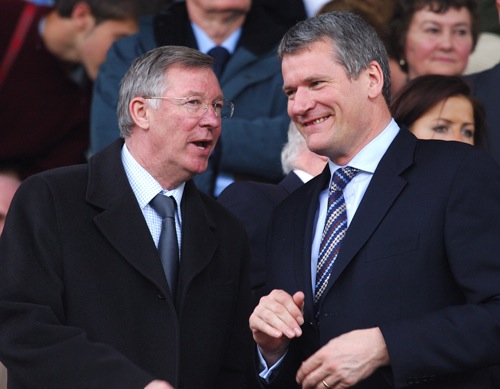 “David, I’m sorry to tell you this, but your boy Oliver makes William Prunier look like Franco fucking Baresi…”

No less than eight of Man Yoo’s first-team defenders are currently out of action, with Patrice Evra the only one still standing, and so Gill, 19, has been drafted into United’s Champions League squad for their game in Wolfsburg tonight.

Normally one might be tempted to shout “Nepotism!”, but if there’s one manager in England not prone to bouts of sentimentalism (is that even a word?), it’s Alex Ferguson. As he said of Gill Jnr in a pre-match press conference, “If he’s good enough, he plays.”

If anything, I’d imagine it’s been harder for Oliver to break through – he’s originally from Surrey and his dad’s the boss. No stick there, then.