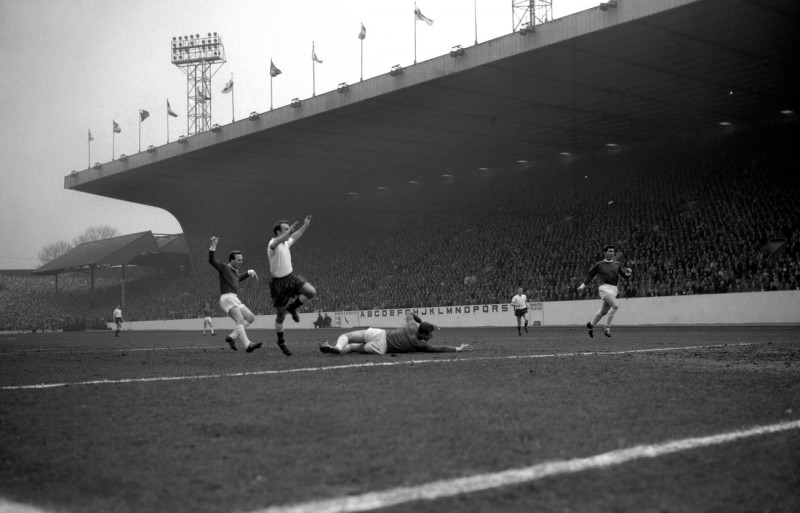 Tottenham Hotspur striker Jimmy Greaves pounces to slot the ball into the net past Manchester United keeper David Gaskell in the fourth minute of the FA Cup semi-final at Hillsborough in 1962.

Spurs won the semi 3-1 and then beat Burnley in the ‘chessboard final’ at the old Wembley, with Greaves again scoring an early goal, this time after just three minutes.

Right-click the image to enlarge.