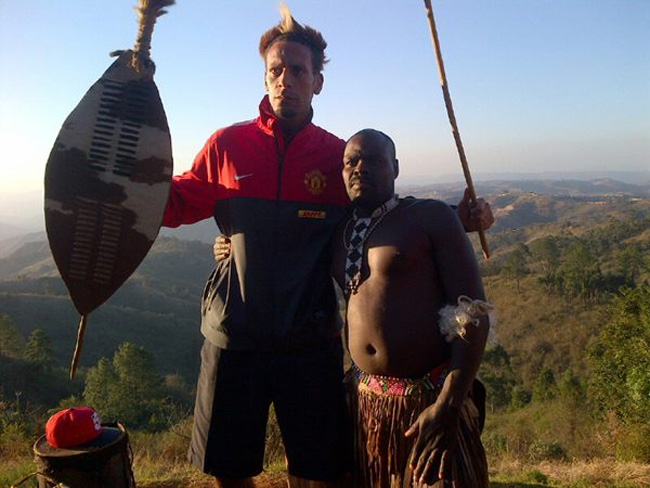 Watch out Ashley Cole, Rio is on the hunt and he’s all tooled up! Taking a break from Man Utd’s pre-season tour of South Africa, Rio Ferdinand hooked up with some of the locals for a spot of hunting, apparently, or so he claimed on Twitter here….

Presumably he didn’t really kill the animals. Anyway, his new-look mohican may just catch on.

Oh, and yes, it should be “Wildebeest”, not “Wilder beast”. So there.