Plenty of rumour-tism this morning so here’s a quick round up of the most prominent: 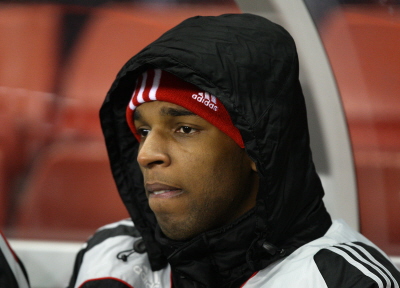 A Babel in its natural habitat

Rumour No. 1: Birmingham have inquired about the availability of Liverpool winger Ryan Babel. There is rumoured to have been a £9 million bid on the table from Brum but it fell some way short of the £12 million that Liverpool have the gall to value the Dutchman at. 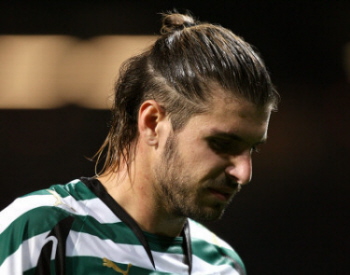 Rumour No. 2: Tottenham Hotspur have renewed their interest in Sporting Lisbon midfielder Miguel Veloso after the versatile scrapper scored the winning goal against Braga in the Portuguese Cup on Sunday. Veloso’s name seems to have cropped up during every transfer window for the last two years but this may finally be the point when Sporting decide to cash in, with Rangers midfielder Pedro Mendes being lined up by the Lisbon club as a direct replacement.

The best of the rest: Liverpool flop Andrea Dossena looks finally set to leave the club with Napoli being the most likely destination in a £5 million deal.

AC Milan have targeted either Antonio Cassano or Alessandro Diamanti to bolster their striking options although the Hammers man has distanced himself from the rumours by saying that the move doesn’t interest him and that all he cares about is the ‘salvation’ of West Ham.

Bolton may cash in on highly prized centre-back Gary Cahill to add £15 million to the war chest in place to tempt Owen Coyle into the vacant manager’s position.

Nemanja Vidic has played down reports of a rift with Sir Alex Ferguson, which have been fuelling reports that the big Serb may be off to Real Madrid in a £25 million deal.