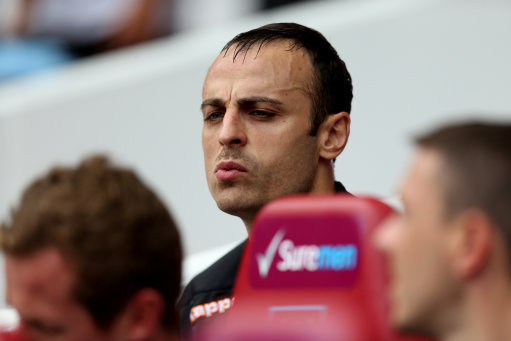 You may remember a week or so back when a certain lithe striker pulled his ‘Where on Earth is Dimitar Berbatov?’ act, u-turning on a move to Fiorentina somewhere over the Adriatic sea in lieu of joining Fulham on transfer deadline day.

You may also remember that Fiorentina weren’t best pleased, using a club statement to deem Berba underserving of ‘their city and their shirt‘ after paying through the nose for him and his agent, Emil Danchev, to fly business class from Manchester to Florence in order to bash out a contract.

“Berbatov? The final lines of our press statement are just my thoughts. In my 25 year career in this business, I have never seen anything like that.

“I’m glad that he did not arrive. We will request to his agent the money we paid for their flight to come to Florence, 100 percent.”

If Fiorentina struggled to pin down Berba having laid on a luxury plane with all the trimmings for him, we imagine they’re going to have a hell of a job chasing him down for a couple of thousand euros. The man’s a slippery fish and no mistake.