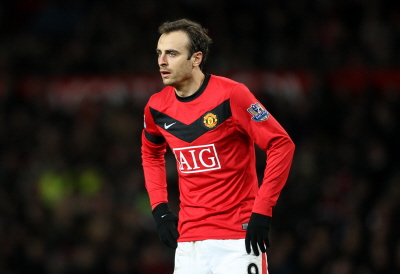 Rumour No.1: Manchester United manager Sir Alex Ferguson is set to put a number of his star players up for sale in an attempt to rejuvenate his squad in the wake of a number of stale performances this season, not least the toothless outing against Leeds last week.

£30 million man Dimitar Berbatov is the said to be heading the clear out, with Ferguson having finally reached the end of his tether with the laconic striker’s inconsistent displays. 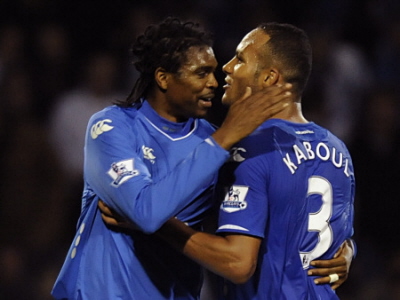 “I sure am going to miss you Younes”

Rumour No.2: Manchester City look likely to clinch the signing of Portsmouth’s centre back Younes Kaboul in a £7 million deal. The french defender’s form this season has been one of the solitary plus points for Pompey, who have found themselves ravaged by a continuing financial crisis.

Man City are looking to capitalise on the south coast club’s fiscal woes by making an offer for Kaboul who, after a wildly inconsistent time at Tottenham, has settled well at Portsmouth. The 24 year old’s form this year has caught the eye of Roberto Mancini as the City manager looks to add to his defensive lines whilst Kolo Toure is away on African Nations duty.

The Best of the Rest: Stoke have made an enquiry into the availability of Real Madrid striker Ruud Van Nistlerooy. The Potters have admitted it to be a long shot but hope the promise of regular starts will entice the Dutchman from the Bernabeu.

Atletico Madrid have told Chelsea they can sign Sergio Aguero for a ‘cut price’ £30 million fee if The Blues are willing to loan the Argentinian striker back to them for the remainder of the season.

Owen Coyle hopes to make Ranger’s forward Kris Boyd his first signing as Bolton manager. An offer of £1.5 million may be enough to bring the Scottish goal machine to The Reebok. Coyle is also planning to raid his former club Burnley for winger Chris Eagles and defender Tyrone Mears.

Croatian international goalkeeper Stipe Pletikosa has revealed he is to join Tottenham Hotspur as cover for Heurelho Gomes. The 30 year old is currently playing in Russia for Spartak Moscow.

Blackburn will attempt to bring James Beattie back to Ewood Park for £2 million but Sam Allardyce has been told he must offload Benni McCarthy first and, with a host of teams interested in the Blackburn striker, that shouldn’t be too difficult.

Middlesbrough boss Gordon Strachan is planning a completely underwhelming four man raid on his former club Celtic. Strachan hopes to tie up permanent deals for Gary Caldwell and Barry Robson whilst also signing Willo Flood and Chris Killen on loan until the end of the season.

Celtic themselves are on the verge of signing Dutch defender Jos Hooiveld from AIK Stockholm for £2 million after the 6′ 3” centre back had a tour of Celtic’s facilities yesterday.

Sheffield United’s Matthew Kilgallon has repeated his desire to remain at Bramall Lane for the rest of the season but will leave in the summer if they don’t get promoted. Everton are being touted as the most likely suitors for the in demand defender with David Moyes keen to pair him up with his former team mate Phil Jagielka.