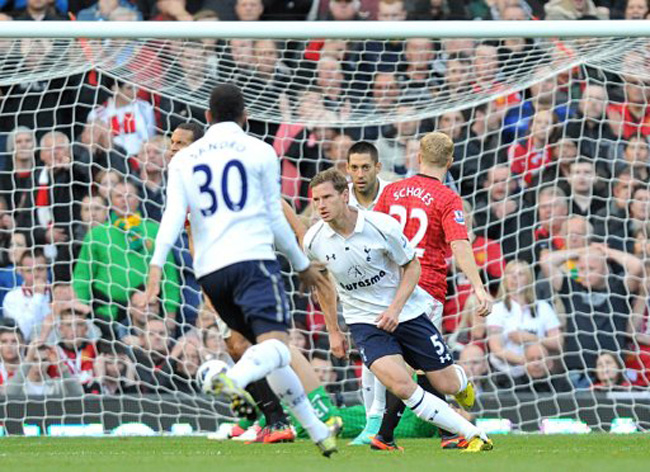 Manchester United suffered their second defeat of the campaign on  Saturday evening, as AVB’s Spurs side registered their fist win in eons at Old Trafford.

United were poor in the first-half, with Moussa Dembele bossing the midfield. Left-back Jan Vertonghen netted after just two minutes after running through the United backline, while Gareth Bale doubled the lead on the half-hour mark as the north Londoners ran riot.

After the break, United regrouped and Nani got one back. However, a minute later, Tottenham restored their two-goal advantage after Clint Dempsey pounced on a loose ball in the box. Incredibly, Shinji Kagawa then netted for United straight from the kick-off as the game turned into a basketball match.

However, ultimately Fergie’s men couldn’t get another goal as Tottenham defended for their lives. AVB finally seems to be settling in at White Hart Lane while Fergie’s failure to purchase a top class central midfielder could come back to haunt him this season.