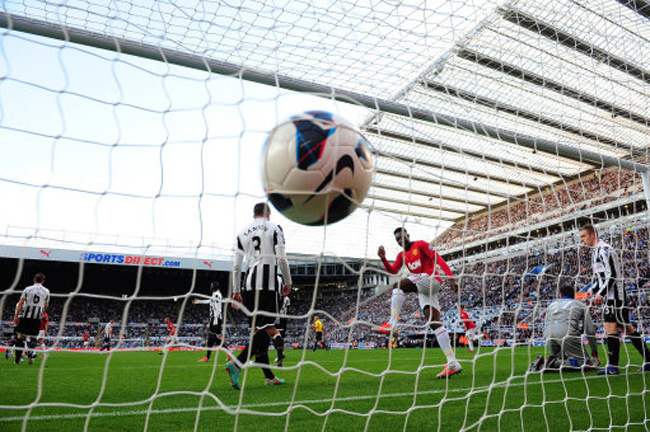 Man Utd outclassed Newcastle at St James’ Park on Sunday, a result which sends the Red Devils into second place in the table, four points behind leaders Chelsea.

The visitors were 2-0 up within the first 15 minutes, courtesy of headers from Jonny Evans and Patrice Evra after corners. Alan Pardew’s men struggled to get themselves into the game and eventually United made it 3-0 when, on 71 minutes, a Tom Cleverley pass meant for Robin Van Persie, flew into the net.

Demba Ba and Papiss Cisse failed to gel up front for the Magpies who’ll be hoping for a better performance next time out.