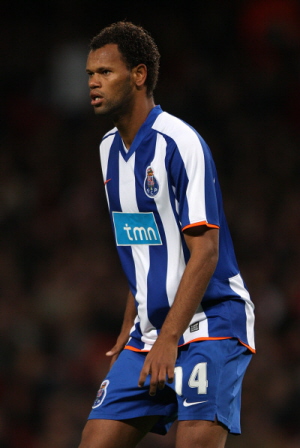 According to The Daily Mail, Manchester United are ready to make Porto centre-back Jorge Rolando their first acquisition of the current transfer window after making an £18 million bid for the Portuguese international – which actually falls quite a long way short of the club’s completely ridiculous £28 million valuation for the 6ft 3in defender.

The 24 year old has been turning heads recently due to some assured performances in this season’s Champions League and United are keen to recruit the cultured defender as a long-term replacement for Rio Ferdinand and as immediate cover for their threadbare defensive ranks.

Manchester United manager Sir Alex Ferguson has a track record of being willing to pay over-the-odds to get his man but, with the supposed financial difficulties at Old Trafford beginning to bite, could (and should) he really afford to shell out the lion’s share of £20-30 million to bring in a stylish but as yet fairly unproven defender?