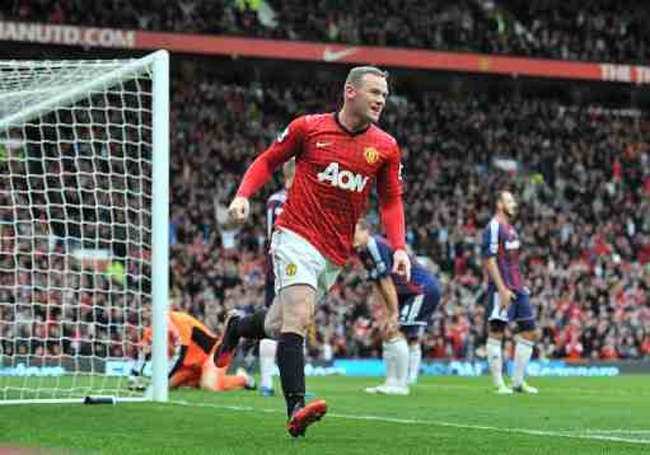 Wayne Rooney netted three goals in his sides’ home clash on Saturday afternoon, although one of those did end up in the back of his own net. That own-goal, on 11 minutes, opened the scoring for the Potters who, courtesy of some excellent play from Charlie Adam, held their own for periods of the game.

However, ultimately a brace from Rooney along with goals from Robin Van Persie and Danny Welbeck would give the home side the three points, although Michael Kightly did get a second for the visitors on the hour mark.

The result sees United go four points behind leaders Chelsea, but their defensive frailty, a feature of this season so far, will concern Fergie. Tony Pulis, on the other hand, will be happy with his team’s display today.