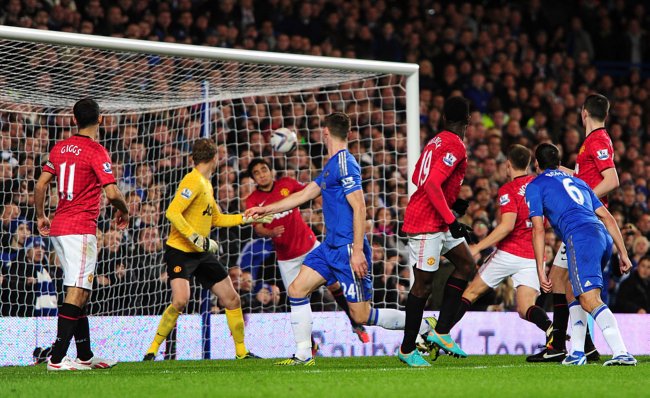 After last night’s goalfest at the Madejski, Chelsea and Man Utd, fresh from the weekend’s controversial clash, produced another fabulous cup tie, with just the nine goals this time.

The Blues had two dismal defensive errors to gift two goals to the Red Devils in the first half (from Ryan Giggs and Javier Hernandez), strikes which sandwiched David Luiz’s spot-kick.

Early on in the second half, Gary Cahill levelled the scores but a superb effort from Nani looked to have given United their second in over the Blues in a week. However, youngster Scott Wootton gifted Chelsea another penalty after shoving Ramires, which Eden Hazard calmly converted.

In extra-time, Wootton made another balls up, gifting the ball to Daniel Sturridge who rounded Anders Lindegaard before slotting home. Hazard then superbly set up Ramires to make it 5-3 on 116 minutes before Ryan Giggs got one back from the penalty spot, albeit in vain.

I expect a whole load of 0-0’s in the quarter-finals.