Ah! Sunday, the day of rest. But the gossip columns wait for no man… 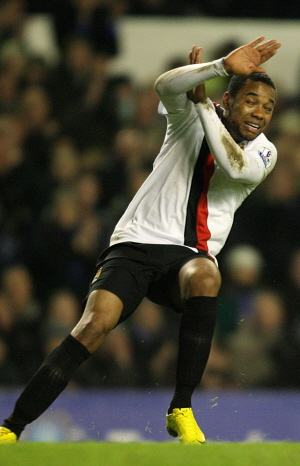 “Can a Mr De Souza please return to the sidelines”

Rumour No. 1: Despite being reassured by manager Roberto Mancini that he does have a future at Manchester City, winger Robinho is once more being linked with a move away from Eastlands. The owners are apparently keen to cash in on the struggling Brazilian now, as his value is dropping with every poor performance.

The £32 million man has failed to impress this term, culminating with having to suffer the shame of being a substituted-substitute at Everton yesterday. All the usual suitors are being touted with Real Madrid, Barcelona and Inter Milan all said to be interested in acquiring the services of the patchy forward. 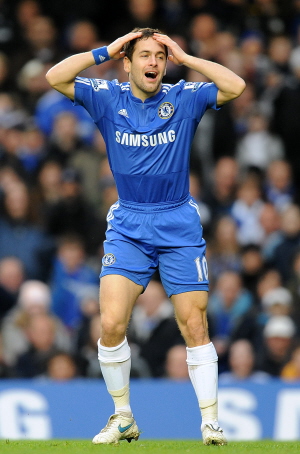 The voices were telling Joe to burn things again

Rumour No. 2: With the future of Robinho seemingly uncertain, Man City are hoping to tie up a deal to bring Chelsea midfielder Joe Cole to the club as a direct replacement.

Cole’s contract talks at Chelsea have stalled once again with the  28 year old asking for a £50,000-a-week pay rise to stay on at Stamford Bridge. If negotiations aren’t resolved then the England man could leave The Blues on a free transfer in the summer.

Tottenham and Manchester United are said to be monitoring Cole’s situation but City’s financial clout has put them in the driving seat, as the flush Citizens would be able to offer wages far and above that of which he is holding out for at Chelsea.

The Best of the Rest: Benfica’s highly sought-after midfielder Angel Di Maria has snubbed a £38 million move to Man City. The Argentinian starlet wants to stay at the Portuguese giants until the summer.

Tottenham are leading the race to sign Palermo defender Simon Kjaer after they staged initial talks with the £12 million-rated Dane last week.

Everton are close to signing Rennes full back Rod Fanni in a £5 million deal after David Moyes sent scouts to watch the Frenchman last week.

Keiran Richardson is high on Birmingham’s list of January targets after the Sunderland player admitted he is unhappy at being made to play out of position.

Sunderland themselves have had a £5 million bid for Portsmouth’s Kevin-Prince Boateng rejected as Pompey are holding out for £7 million for the German midfielder.

Stoke and Sunderland are being linked with a £4 million deal for Man Utd keeper Ben Foster.

Portsmouth are to make a loan approach for Tottenham’s Giovani Dos Santos if their current transfer embargo is lifted before the transfer window shuts.

Wolves have made a bid of £6.5 million for Middlesbrough’s highly rated winger Adam Johnson.

Newcastle United have joined the race to sign Arsenal starlet Jack Wilshere on loan although Wilshere himself has stated he is keen to stay in the Premier League.

Ruud Van Nistelrooy is the subject of a £4 million bid from Galatasaray.

Roma forward Julio Baptista is edging ever closer to becoming an Inter Milan player after the two teams agreed terms for the Brazilian.